Chickens are the most commonly domesticated birds in the world. Its approximate population in the year 2011 was 19 billion. Chickens are used for a wide variety of purposes – for eggs, meat and even as pets. Since chickens are birds and have wings, you may be wondering whether chickens can actually fly? And if they do, to what extent?

Yes, chickens can fly, and they love flying around and exploring an area. But as they are domesticated creatures, and have been so for centuries, they are not naturally inclined to fly. However, if they were threatened and had to escape predators, they will do so by taking flight.

How long and far can chickens fly?

Chicken can only fly for a short duration usually less than 10 seconds. The world’s longest flight of a chicken is considered to have lasted for 13 seconds only. It is estimated that this chicken had traveled a distance of 300 meters during its 13-second flight. The total height up to which a chicken can fly is normally 4 feet, and under extraordinary circumstances, it may rise up to 6 feet.

Can chickens fly over fencing?

Yes, chickens can fly over fencing, something that can be quite a bother for the keepers of these birds. This means you will have to ensure that your fences are built at a reasonable height so that even if your chicken tried its luck, it would not be able to escape beyond the fence. Sometimes, even an eight feet fence will not be able to keep your chickens restricted to your yard. Chickens could get even to the rooftop in search of food. Just that you will never find a chicken soaring in the skies. Chickens are anatomically built in a way that they can’t fly for long or great distances. They have a smaller wing to weight ratio. Also, their beaks are built for foraging on the ground instead of swooping down from a height to get to its food. So while chickens can fly they will not wander far from home.

New chickens “flying the coop”
The flying abilities of different breeds of chickens differ. Silkies, for instance, are a special breed of chicken, which generally has no flying habits, and hence they do not experiment. However, if they wanted to, flying is not an impossible task to them. Compare another group of fowls known as Araucanas that are lighter in weight, and they enjoy flying.

How to deal with a chicken that has taken flight?

Flying chicken can dig up your entire garden or can cause a problem to your neighbors. Dealing with flying chickens is not an easy task. Here are some tips on how to deal with your birds of they frequently seem to fly.

Clip their wings. If you clip a few inches off from the tips of the major feathers from the chicken, it will inhibit the chicken’s ability to fly. However, it is important to remember that flying limited distances is a defense mechanism for a chicken which helps it to stay safe from predators like dogs, cats and foxes. So clip the feathers of your chickens only when you are absolutely certain that it will be safe for them. 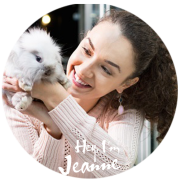 Jeanne
My name is Jeanne. I'm a homesteader who loves to inspire others to return to their roots, learn new skills, and embark on their own homestead journey.

This site uses Akismet to reduce spam. Learn how your comment data is processed.